Warning: Parameter 2 to wp_hide_post_Public::query_posts_join() expected to be a reference, value given in /home/customer/www/blog.pdcm.com/public_html/wp-includes/class-wp-hook.php on line 308
 Are Your Employee Classifications and Pay Policies Up to Date? | PDCM Insurance

With a new year comes the opportunity to re-evaluate and re-educate yourself on human resource compliance changes. Lapses in compliance efforts are often not discovered until there’s a problem or a lawsuit is filed. Proactively managing your policies and procedures can help you avoid these scenarios.

The Fair Labor Standards Act (FLSA) establishes minimum wage, overtime pay, recordkeeping and youth employment standards. These standards affect employees in the private sector and also in federal, state and local governments. (Learn more about the FLSA with this handy reference guide from the U.S. Department of Labor’s Wage and Hour Division.) 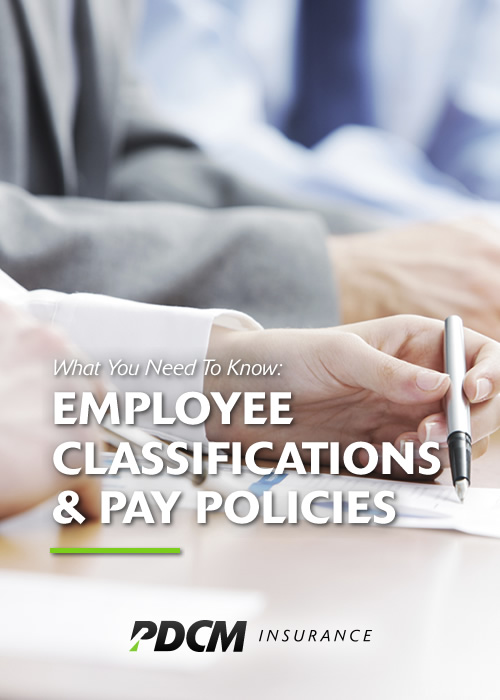 Unfortunately, these standards are sometimes not met, either knowingly or unknowingly.

Global firm NERA Economic Consulting published a 2015 update on trends in civil wage and hour settlements that includes data from January 2007 to March 2015. All told, there were 613 settlements during this timeframe. Ouch!

Employer violations can include such oversights as not paying for overtime work. Cases may be brought under state law or under the FLSA and may result in civil settlements or verdicts. Back wages and penalties levied by the Department of Labor can also be part of the scenario. More ouch!

When was the last time you reviewed your employee classifications and pay policies? For guidance on whether you’re complying with all the latest requirements, contact HRConnect at 319-234-8888 or info@hrconnectiowa.com.

Are Your Employee Classifications and Pay Policies Up to Date? by PDCM Insurance